The musicians above are named below in order, left to right.

“Duke Ellington was born April 29, 1899, in Washington, D.C. A major figure in the history of jazz music, his career spanned more than half a century, during which time he composed thousands of songs for the stage, screen and contemporary songbook. He created one of the most distinctive ensemble sounds in Western music and continued to play what he called “American Music” until shortly before his death in 1974.” – “Duke Ellington Biography,” the Biography.com website, accessed February 23, 2018.

“Born in the late 1860s somewhere along the border between Texas and Arkansas, Scott Joplin took up the piano as a child and eventually became a travelling musician as a teen. He immersed himself in the emerging musical form known as ragtime and became the genre’s foremost composer with tunes like ‘The Entertainer,’ ‘Solace’ and ‘The Maple Leaf Rag,’ which is the biggest-selling ragtime song in history. Joplin also penned the operas Guest of Honor and Treemonisha. He died in New York City on April 1, 1917.” – “Scott Joplin Biography,” the Biography.com website, accessed February 23, 2018.

“Florence was born in 1887 in Arkansas to a music teacher mother and a dentist father. Her mother encouraged her talented daughter in her musical studies and Florence eventually went on to study at the new England Conservatory of Music, majoring in piano and organ. She graduated with honors – and by 1910 she was the head of the music department at Clark Atlanta University in Atlanta, Georgia.

“Florence Price was the first African American woman to have her music performed by a major symphony orchestra – in 1933.” – Lizzie Davis, “The inspirational life of Florence Price—and why it’s one of the most important stories in music,” Classic FM, August 15, 2017.

2018 marks the centennial celebration of the birth of Ella Fitzgerald.

“Dubbed ‘The First Lady of Song,’ Ella Fitzgerald was the most popular female jazz singer in the United States for more than half a century. In her lifetime, she won 13 Grammy awards and sold over 40 million albums.

“Her voice was flexible, wide-ranging, accurate and ageless. She could sing sultry ballads, sweet jazz and imitate every instrument in an orchestra. She worked with all the jazz greats, from Duke Ellington, Count Basie and Nat King Cole, to Frank Sinatra, Dizzy Gillespie and Benny Goodman. (Or rather, some might say all the jazz greats had the pleasure of working with Ella.)”

Read more about Ella Fitzgerald on the centennial website.

Marian Anderson “was born in 1897 in South Philadelphia. Hard-working and respectable, her mother was a former schoolteacher. Her father delivered ice and coal throughout the city. At the heart of their community stood the Union Baptist Church at the corner of Fitzwater and Martin Streets. It was within these walls that Marian first began to sing.

“A key moment in her career came in 1955 when she became the first African American to perform at the Metropolitan Opera. Three years after this immense achievement President Eisenhower named her a delegate to the 13th General Assembly of the United Nations. Over two dozen universities presented her with honorary doctorates and in 1963 President Lyndon Johnson awarded her the Presidential Medal of Freedom.” – “Marian Anderson: Musical Icon,” American Experience, PBS, accessed February 23, 2018.

“William Grant Still’s career was comprised of many ‘firsts’. He was the first African American composer to have a symphony performed by a professional orchestra in the U.S., the Symphony no. 1 ‘Afro-American’ (1930). It was premiered by Howard Hanson and the Rochester Philharmonic. The piece’s New York premiere was given by the New York Philharmonic at Carnegie Hall in 1935. He also became the first African American to conduct a major symphony orchestra in the United States when he led the Los Angeles Philharmonic in 1936. In the world of opera, his Troubled Island was the first by an African American to be performed by a major opera company (New York City Opera, 1949) and that same opera was the first by an African American to be nationally televised.” – William Grant Still, -1978. Online Text. Retrieved from the Library of Congress, https://www.loc.gov/item/ihas.200186213/. (Accessed February 23, 2018.)

“George Theophilus Walker (June 27, 1922 – August 23, 2018) was an African-American composer, the first to have won the Pulitzer Prize for Music. He received the Pulitzer for his work Lilacs in 1996. 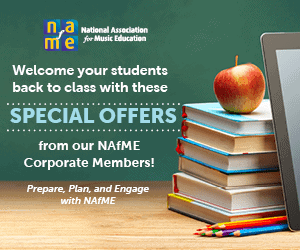