RESTON, VA (August 1, 2022)—In June, National Association for Music Education (NAfME) honored Ron Meers, Past President of the Tennessee Music Education Association (TMEA), and John Stroube, Executive Director of the Kentucky Music Educators Association (KMEA), as Lowell Mason Fellows. This distinction is one of music education’s most important honors, designed to recognize the accomplishments of music educators, music education advocates, political leaders, industry professionals, and others who have contributed to music education in their unique way. Ron Meers was honored in person at the TMEA conference on April 28. Both Meers and Stroube were announced as 2022 Lowell Mason Fellows at the opening celebrations of NAfME’s National Leadership Assembly in Washington, DC, attended by music educators from around the country in-person and virtually.

“Both Ron and John have served as leaders in the profession for decades, and their stalwart dedication as advocates, educators, and colleagues has had tremendous impact on their respective state music education associations as well as on NAfME at the national level.”

“It was truly my honor as National President to recognize the outstanding achievements of two of our most revered members during our National Leadership Assembly celebration,” said Scott R. Sheehan, NAfME President and Board Chair. “Both Ron and John have served as leaders in the profession for decades, and their stalwart dedication as advocates, educators, and colleagues has had tremendous impact on their respective state music education associations as well as on NAfME at the national level. They are both among America’s finest music educators and are greatly deserving of this recognition and honor. On behalf of the National Executive Board, we offer our sincere congratulations to Ron and John for all they have done and continue to do for music education.” “With an intense interest in music, as a former band director for many decades, Mr. Meers had a wonderful rapport with people of all ages, especially his students,” shared Dian Eddleman, Immediate Past President of the NAfME Southern Division. “His ability to connect with his students and their talents at teaching simple concepts, as well as more advanced topics, are both truly superior. He has continued supporting music education serving as an adjudicator at many band festivals during his service as Executive Director with TMEA. He accomplishes all these tasks with great initiative and with a positive attitude.”

“Ron’s belief in the power of music and arts education remains a focus for him in retirement,” added Stephen Coleman, President and CEO of ArtsEd Tennessee. “He recently was elected to the Board of Directors of the Tennessee Arts Academy Foundation and has become a valued member of this organization. A program of the Tennessee Department of Education, this public/private partnership provides world class professional development to music and arts educators throughout the state each summer through the Tennessee Arts Academy. Ron Meers is an inspiration to all who know him and continues to be one of our state’s most passionate advocates for music education.”

After a 43-year career in education, Meers retired in 2012 following a 30-year tenure as Director of Bands at Riverdale High School. Prior to his tenure at Riverdale, he was Director of Bands at Mt. Pleasant High School in Mt. Pleasant, Tennessee, for 13 years. Meers received his Bachelor of Science degree from David Lipscomb University and his Master +30 from Cumberland University. Meers is Past-President of the Tennessee Music Education Association, Past President of the Middle Tennessee School Band and Orchestra Association, Past-President of the Tennessee Bandmasters Association, Past-President of Phi Beta Mu, has served as TMEA Performing Group Audition Chair, All-State/Mid State Audition Chairman for the MTSBOA, auditions chair for the Governor’s School for the Arts, and Tennessee All State Band Chair. Meers has served as an adjudicator for both marching and concert band events throughout his career. He was selected as Riverdale High School’s teacher of the year for the 2002–2003 school year and was inducted into the Tennessee Music Education Association’s Hall of Fame on April 7, 2011, at Opryland Hotel in Nashville. Following his retirement, the Riverdale High School Band Room was renamed the Ronald S. Meers Band Hall. 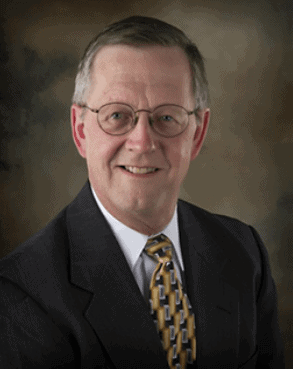 “Often, strong leaders have specific areas of strength that set them apart for the rest. I think Dr. Stroube’s greatest strength is his ability to communicate, collaborate, and negotiate with many different arts education [proponents],” shared Tanya Bromley, Past President of the Kentucky Music Educators Association. “During the last fifteen years, I have worked extensively with Dr. Stroube in advocating for strong state-level music and arts education policy. Following Kentucky’s education accountability legislation in 2009, KMEA initiated the Kentucky Coalition for Arts Education, a group comprised of the various arts education association leaders in Kentucky. . . Through the Coalition, we have communicated and collaborated extensively with legislators, the state board of education, the Commissioners of Education, and other state policy decision-makers. We have affected legislation that included: a statewide learner goal that ensures ‘the development of students’ talents and skills in the arts,’ a requirement for state standards for arts education and a provision that empowers the department of education to develop program standards in the arts. . . Because of his experience, intellect and insight in advocacy, Dr. Stroube also serves on the arts education committee of Kentuckians for the Arts, Kentucky’s premier non-government arts advocacy group. He has also served on the Madison County Arts Council.”

“Throughout numerous challenges,” added Catherine Wilson, Coordinator of Music Education and Graduate Studies in Music at Western Kentucky University. “John has been a source of calm, grounded stability and accurate information that we can rely on to make deliberate, thoughtful decisions for the good of educators, students, communities, and our organization.”

“We in the Kentucky Music Educators Association consider ourselves very lucky indeed to have such an intelligent, responsible, principled, and trusted professional to advocate, organize, and understand the issues in this challenging time,” added Joseph N. Sites, Assistant Professor (retired) at Western Kentucky University.

After teaching for eleven years in Illinois, Dr. Stroube returned to Kentucky in 1988 when he was awarded the position of Band Director at Murray High School, where he taught for 12 years. In 1997 he led the marching band to the Kentucky State Marching Band Championships where they earned second place honors in Class A. As an active member of the Kentucky Music Educators Association (KMEA), Dr. Stroube served as First District Band Chairman and as a representative on the state Marching Band Board of Control. Other professional memberships include the National Band Association, WASBE, Phi Mu Alpha Sinfonia, and Phi Beta Mu, for which he served as state secretary-treasurer for three years. In 1998, his fellow music educators of the KMEA First District honored him with the prestigious High School Teacher of the Year award. Dr. Stroube serves on the board of the Richmond Area Arts Council. He also serves as the artistic director for Danville, Kentucky’s unique Great American Brass Band Festival. In acknowledgement of his outstanding contributions to music education all over the state, Dr. Stroube was inducted into the Western Kentucky University Wall of Fame in 2018. The Wall of Fame recognizes individuals who have influenced and made outstanding contributions to music in the region. Dr. Stroube has served music educators and students in Kentucky as the KMEA Executive Director for 16 years.

Lowell Mason Fellow designations also provide an opportunity to support the efforts of NAfME through the donation made in the honoree’s name. This donation goes to NAfME to support future generations of music educators through the organization’s programs. Individuals or groups (corporations, universities, foundations, student organizations, etc.) may fund designations.

Read more about the Lowell Mason Fellows distinction and past recipients of the honor here: bit.ly/LowellMason.

National Association for Music Education, among the world’s largest arts education organizations, is the only association that addresses all aspects of music education. NAfME advocates at the local, state, and national levels; provides resources for teachers, parents, and administrators; hosts professional development events; and offers a variety of opportunities for students and teachers. The Association has supported music educators at all teaching levels for more than a century. With more than 50,000 members teaching millions of students nationwide, the organization is the national voice of music education in the United States.