Mechanical Licensing & You: What You Need to Know Before Recording Your School’s Performances

File under “It was a great idea at the time”: you decide to record your students’ upcoming concert, maybe as a fundraiser, maybe just to be a nice memento of their performance. To raise the necessary funds for renting recording equipment and pressing the CDs, you solicit advance orders from the students, their parents, and friends, and get a great response. The kids are so excited that they will be on a real CD.

The concert sounds great. The recording goes perfectly – and with some fantastic acoustical luck, you can’t even hear that baby that cried in the second number. You take your precious master recording to the CD duplicator, whose ad promises less than a week turnaround time — perfect for what you promised all those folks that preordered their CDs; they’ll have them for holiday gifts.

“Can I have your mechanical licenses for these songs?” the clerk asks you. Given that you don’t know what one is, it’s clear you don’t have them. “Sorry, but you need to have mechanical licenses in order for us to duplicate these CDs. It’s the law.” No amount of pleading seems to work. You call three other duplicators, and they all tell you the same thing. You made a commitment to your students — you don’t want to let them down. You’re going to have to figure out this mechanical licensing thing, and fast.

A mechanical license might sound like something you need to work on your car, but obviously, it’s not. Simply stated, a mechanical license is required under U.S. Copyright Law if you want to manufacture and distribute recordings of compositions written by someone other than yourself. They ensure that the music publisher, and ultimately the songwriter, gets compensated for the use of their work.

The fact that you are working for a school, or making only a few copies, or even that you might not charge for the recordings, does not exempt you from the need to obtain a mechanical license. This aspect often gets confused with the concept of “fair use,” which is much more limited under copyright law than most people realize. Fair Use is generally considered to apply to purposes such as the use of excerpts for criticism, news reporting, teaching and research. So, for example, while you may be able to distribute copies of a CD of song excerpts to your students to illustrate certain concepts from their class work, a recording of their concert would not fall under the Fair Use exemption.

So how do you obtain this mythical mechanical license? There are several methods. One is directly from the music publisher. Another is through a licensing agent such as The Harry Fox Agency (HFA). Finally, you can obtain a compulsory license as described in the U.S. Copyright Act; however, most people do not go this route as it is very labor intensive and requires quite a bit of ongoing administration and reporting after the license is issued.

Whichever route you chose, you will probably need to provide at a minimum the name of the song, the songwriter(s), the publisher(s), and the length of your group’s performance of the song in minutes and seconds (you should have some idea of this from your rehearsals; more on this latter point in a moment). You will also need to supply the name of your recording and its projected release date (the date you intend to begin to distribute copies of the recording). You may also be asked for the record company name, which is the entity that is officially responsible for the recording — probably the school or your department.

The timing is important because the royalty rate is calculated based on the length of the song’s performance. Under current U.S. copyright law, the mechanical royalty rate is 9.1¢ for a composition five minutes or less in length, or 1.75¢ per minute for songs over five minutes, rounded up to the nearest whole minute. This is then multiplied by the number of copies of the recording you intend to make. So, for example, for 500 copies of a recording of a composition that is 5 minutes and 30 seconds long, the math would be: 6 x $ 0.0175 = 0.105 x 500 = $52.50. This royalty is paid directly to the music publisher, who shares it with the writer, arranger, or their estate.

It’s key to start the mechanical license process early, preferably before you record. This way, if you have any delays in obtaining your licenses, it does not disrupt your plans. HFA has a simple online system called HFA Songfile that allows you to complete your transaction in minutes with a credit card, but if HFA does not represent one of the songs, or you otherwise decide to go directly to the publisher, the process is generally paper-based and can take longer.

If you decide to do any variation on the original composition, such as change the lyrics or make it part of a medley, this is considered a derivative work, and specific permission to create and use the work must be obtained from the publisher. Unlike with a standard mechanical license, there is no rate set by law for this type of use, and the publisher has the right to refuse to allow you to modify the composition.

Another very important exception — video. If you decide to videotape your group’s performance to make DVD or VHS copies, you move from mechanical licensing to synchronization licensing (in technical terms, you are now “synching” video images to a musical performance). Like a derivative work, synchronization licenses need to be obtained directly from the music publisher, there is no set rate, and the publisher can refuse to issue the license if they choose.

With these basics in mind, you should be able to obtain your mechanical licenses and proceed with your recording without a hitch. You’ll be able to focus your energies on more important things . . . perhaps getting those altos to come in on time, finally? 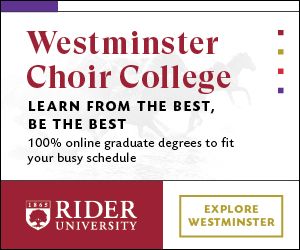