American education is in perpetual crisis. Our students are falling ever farther behind their peers in the rest of the world. Learning disabilities have reached epidemic proportions, affecting as many as one in five of our children. Illiteracy costs American businesses $80 billion a year.

Many solutions have been tried, but few have succeeded. So I propose a different approach: music training. A growing body of evidence suggests that music could trump many of the much more expensive “fixes” that we have thrown at the education system.

Plenty of outstanding achievers have attributed at least some of their success to music study. Stanford University’s Thomas Sudhof, who won the Nobel Prize in medicine last year, gave credit to his bassoon teacher. Albert Einstein, who began playing the violin at age 6, said his discovery of the theory of relativity was “the result of musical perception.”

Until recently, though, it has been a chicken-and-egg question: Are smart, ambitious people naturally attracted to music? Or does music make them smart and ambitious? And do musically trained students fare better academically because they tend to come from more affluent, better educated families?

New research provides some intriguing answers. Music is no cure-all, nor is it likely to turn your child into a Nobel Prize winner. But there is compelling evidence that it can boost children’s academic performance and help fix some of our schools’ most intractable problems.

E. Glenn Schellenberg, a University of Toronto psychology professor, was skeptical about claims that music makes you smarter when he devised a 2004 study to assess its impact on IQ scores. He randomly assigned 132 first-graders to keyboard, singing or drama lessons, or no lessons at all. He figured that at the end of the school year, both music and drama students would show bumps in IQ scores, just because of “that experience of getting them out of the house.” But something unexpected happened. The IQ scores of the music students increased more than those of the other groups.

Another Canadian study, this one of 48 preschoolers and published in 2011, found that verbal IQ increased after only 20 days of music training. In fact, the increase was five times that of a control group of preschoolers, who were given visual art lessons, says lead researcher Sylvain Moreno, an assistant professor of psychology at the University of Toronto. He found that music training enhanced the children’s “executive function”—that is, their brains’ ability to plan, organize, strategize and solve problems. And he found the effect in 90% of the children, an unusually high rate. 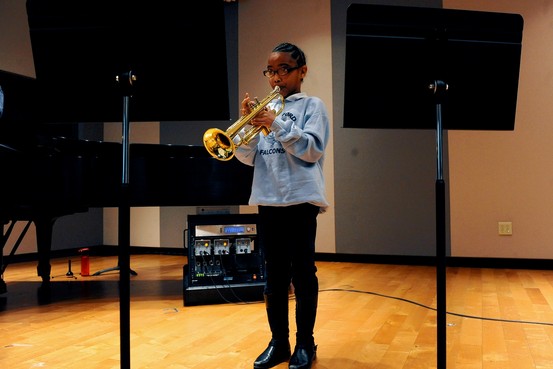 Music training can reduce the academic gap between rich and poor districts.

The Harmony Project in Los Angeles gives free instrument lessons to children in impoverished neighborhoods. Margaret Martin, who founded the program in 2001, noticed that the program’s students not only did better in school but also were more likely to graduate and to attend college.

To understand why, Northwestern University neurobiologist Nina Kraus spent two years tracking 44 6-to-9-year-olds in the program and then measured their brain activity. She found a significant increase in the music students’ ability to process sounds, which is key to language, reading and focus in the classroom. Academic results bore that out: While the music students’ reading scores held steady, scores for a control group that didn’t receive lessons declined.

Prof. Kraus found similar results in a 2013 study published in Frontiers in Educational Psychology of 43 high-school students from impoverished neighborhoods in Chicago. Students randomly assigned to band or choir lessons showed significant increases in their ability to process sounds, while those in a control group, who were enrolled in a junior ROTC program, didn’t. “A musician has to make sense of a complicated soundscape,” Prof. Kraus says, which translates into an ability to understand language and to focus, for example, on what a teacher is saying in a noisy classroom.

Last year, the German Institute for Economic Research compared music training with sports, theater and dance in a study of 17-year-olds. The research, based on a survey of more than 3,000 teens, found that those who had taken music lessons outside school scored significantly higher in terms of cognitive skills, had better grades and were more conscientious and ambitious than their peers. The impact of music was more than twice that of the other activities—and held true regardless of the students’ socioeconomic background.

To be sure, the other activities also had benefits. Kids in sports also showed increased ambition, while those in theater and dance expressed more optimism. But when it came to core academic skills, the study’s authors found, the impact of music training was much stronger. 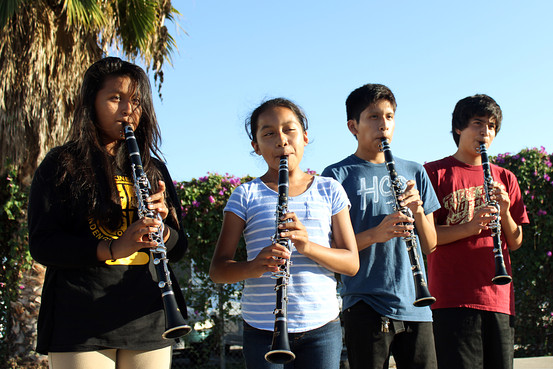 Music can be an inexpensive early screening tool for reading disabilities.

Brazilian music teacher Paulo Estevao Andrade noticed that his second-grade students who struggled with rhythm and pitch often went on to have reading problems. So he invented a “game” in which he played a series of chords on a guitar and asked his students to write symbols representing high and low notes. Those who performed poorly on the exercise, he found, typically developed severe reading problems down the line.

Intrigued, he joined with Nadine Gaab, an assistant professor at Harvard Medical School, to follow 43 students over three years, and they found that the test predicted general learning disabilities as well. Why? Mr. Andrade notes that the brain processes used in the music test—such as auditory sequencing abilities, necessary to hear syllables, words and sentences in order—are the same as those needed to learn to read. Prof. Gaab says the test, which is simple and inexpensive to administer, has great potential as a tool for early intervention.

In a 2009 study in the Journal of Neuroscience, researchers used an MRI to study the brains of 31 6-year-old chil dren, before and after they took lessons on musical instrument for 15 months. They found that the music students’ brains grew larger in the areas that control fine motor skills and hearing—and that students’ abilities in both those areas also improved. The corpus callosum, which connects the left and right sides of the brain, grew as well.

Ellen Winner, a Boston College psychology professor and co-author of the study, notes that the study doesn’t show a rise in cognitive abilities. But she argues that music shouldn’t have to justify itself as an academic booster. “If we are going to look for effects outside of music, I would look at things like persistence and discipline, because this is what’s required to play an instrument,” she says.

Yet music programs continue to be viewed as expendable. A 2011 analysis in the Journal of Economic Finance calculated that a K-12 school music program in a large suburban district cost $187 per student a year, or just 1.6% of the total education budget. That seems a reasonable price to pay for fixing some of the thorniest and most expensive problems facing American education. Music programs shouldn’t have to sing for their supper.

— Ms. Lipman is co-author, with Melanie Kupchynsky, of “Strings Attached,” published last month in paperback by Hachette Books. She is a former deputy managing editor of The Wall Street Journal and former editor in chief of Condé Nast Portfolio.