“Whenever Prince saw me paralyzed and afraid, he’d say, ‘Put your hands down. Make a sound. Once you find the city, you can find the street.’”—Michael Bland

If you turned on MTV anytime from 1989-1996, you would have heard the percussive funky beats of Michael B. as he appeared in many of the videos that aired. Simply put, he was employed by the music icon PRINCE. The New Power Generation (NPG) was Prince’s backing band, and Minneapolis-based drummer Michael Bland landed that legendary gig at the age of 19. Other high-profile performances with “The Artist Formerly Known as Prince” during that time period included appearances on “Saturday Night Live” and “Late Show with David Letterman.” Since then he has played on many sessions and tours with a diverse range of musical artists from R & B to rock, including Mandy Moore, Nick Jonas, and Clay Aiken. Thank you to Mr. Bland for sharing his insight with NAfME members as a professional drummer in the music industry. Please tell us about your early musical experience of becoming a drummer. Were you a natural? A worker? Please talk about that intense practice period of musical growth before your playing went to the next level.

Music was always around the house, and I exhibited the gift of playing piano by ear quite early on. Drums came later. My father noticed me banging around on garbage cans and whatnot, and got me a set. But I had to take lessons in order to keep them.

My instructor at age 9 was a gentleman named Floyd Thompson. He owned a drum shop in downtown Minneapolis. Before my first lesson, he told my father that he would teach me only if I showed some kind of potential or aptitude. I did, so he taught me until the age of 17. I would say I was a natural, but also a worker.

Was there a music educator who had a profound influence and was a mentor either in a school music program or private instructor that you would like to compliment and recognize?

My father, Dr. Johnny Bland, was my earliest influence. Next was Floyd Thompson [mentioned above], then my high school band director, Dennis Malmberg. They were all disciplined musicians who demanded my best. They all prepared me for a life in the music business. Next was Prince, who basically refined me.

Please talk about your views on musical diversity and the benefits of studying a variety of percussive styles. Feel free to list any influential players.

My instructor, Floyd, stressed the importance of knowing many styles and being versatile. I always listened to a variety of music, so I stayed well-rounded. However, if you called me for a polka gig, I could also do that. I didn’t want to miss any money due to ignorance or unpreparedness.

No matter what, show up on time and know the music. It helps to be flexibly minded, because you never really know what’s going to be thrown at you.

Any advice you could share on preparing for that BIG audition, whether it is a student trying out for the school jazz band or a seasoned drummer going for that high-profile gig?

I failed at almost every formal audition I ever had. The life-changing jobs always seemed to fall in my lap by accident, or Providence. It depends on your viewpoint. No matter what, show up on time and know the music. It helps to be flexibly minded, because you never really know what’s going to be thrown at you. I’m not a strong sight reader, but I have tremendous retention and listening skills. Use your assets to de-emphasize your shortcomings. As I get older, I also get more secure with admitting that I’m not perfect for every gig. I’d rather offer the number of a great jazz drummer, than fake at being one. I know what I’m good at, and what I’m not. Choose your challenges, wisely.

Obviously being the drummer for a musical icon such as Prince, I am sure you still hear his voice in your head from time to time. Is there a musical lesson that you could respectfully share that motivates you or keeps you grounded as a musician?

Prince always encouraged a sense of adventure, balanced with accuracy in execution. He didn’t want us to be afraid to try things, but he also didn’t like mistakes. It was always hard for me to just rummage through my brain and throw everything out there. I’m a perfectionist, and that can interfere with real progress and the potential for something great to happen. Whenever Prince saw me paralyzed and afraid, he’d say, “Put your hands down. Make a sound. Once you find the city, you can find the street.”

What was the biggest adjustment that you had to make when you went from playing small clubs and venues to being part of a major production that performed in sports arenas and stadiums?

No adjustment. My approach doesn’t change, no matter the environment. I want to be accurate, musical and inspirational. Studio, live, big venue, small venue, etc. All the same, for me.

Is there a current project that you are involved in that you would like to tell us about?

I’ve been in Soul Asylum for about 15 years. Presently, we’re working on a new album.

Thank you, Michael, for sharing your knowledge with the members of the National Association for Music Education. Any closing thoughts that are important to you?

Music is really its own reward. It’s not a short cut to fame or fortune. If you don’t love it for what it is, leave it alone. Music is something you do because nothing else will scratch that itch in your soul. Otherwise, what’s the point? Thomas Amoriello Jr. serves as the chair on the NAfME Council for Guitar Education and is also the Chairperson for the New Jersey Music Education Association. He has had more than 30 guitar and ukulele advocacy articles published in music education journals in Michigan, Ohio, Rhode Island, and New Jersey. During his time on the NJMEA board, he has co-directed four guitar festivals and drafted the proposal to approve the first ever NJMEA Honors Guitar Ensemble. Tom is an advocate for class guitar programs in public schools and has been a clinician presenting his “Guitar for the K-12 Music Educator” for the Guitar Foundation of America Festivals in Charleston, South Carolina, and Columbus, Georgia; Lehigh Valley Guitar Festival in Bethlehem, Pennsylvania; Philadelphia Classical Guitar Society Festival, Philadelphia, Pennsylvania; NAfME Biennial Conferences in Baltimore and Atlantic City; as well as other state music education conferences in New Jersey, Massachusetts, New York, and Virginia. He has twice been featured on episodes of “Classroom Closeup-NJ” which aired on New Jersey Public Television.

Tom has taught guitar classes for the Flemington Raritan School District in Flemington, New Jersey, since 2005 and was also an adjunct guitar instructor at Cumberland County College, New Jersey for five years. He has earned a Master of Music Degree in Classical Guitar Performance from Shenandoah Conservatory and a Bachelor of Arts in Music from Rowan University.

He is the author of the children’s picture books A Journey to Guitarland with Maestro Armadillo and Ukulele Sam Strums in the Sand (March 2019), both available from Black Rose Writing. He recently made a heavy metal recording with a stellar roster of musicians including former members of Black Sabbath, Whitesnake, Ozzy Osbourne, Yngwie J. Malmsteen’s Rising Force, and Dio that was released on H42 Records of Hamburg, Germany. The record released on 12-inch vinyl and digital platforms has received favorable reviews in many European rock magazines and appeared on the 2018 Top 15 Metal Albums list by Los Angeles KNAC Radio (contributor Dr. Metal). Visit thomasamoriello.com for more information.

Did this article spur new ideas for your music program? Share them on Amplify! Interested in reprinting this article? Please review the reprint guidelines. 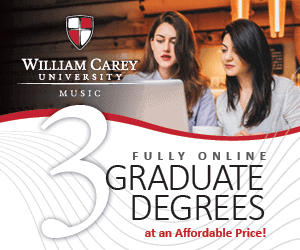