“What is the story about our world that we are sharing with children?”

In a conversation with Lin Manuel Miranda for Hamilton’s America, President Barack Obama said, “The only way anything gets done is if people recognize the truth of the person across the table” (PBS, 2016). Although they were discussing political decisions in Washington, D.C., this statement has implications for the music classroom, as well. An awareness and understanding of the diverse truths that exist among music students may foster a greater collaborative spirit. Moreover, teachers have an opportunity to use music to help students better understand cultural and social diversity writ large.

What is the story about our world that we are sharing with children? Although history is often delineated as events and dates along a two-dimensional timeline, the whole story includes divergences of historical perspectives seldom examined. Winston Churchill was among those who said, “History is written by the victors.” Too often, the voices of the disenfranchised go unheard.

Fortunately, music provides an accessible opportunity for audiences to hear those perspectives. Furthermore, the aesthetic qualities of artistic expressions can help us more easily perceive experiences other than our own (Dewey, 1934; Marcuse, 1977). Greene (1995) used the term “openings” to describe opportunities in which the arts can help audiences transform and understand others. Contemporary music, therefore, not only expresses and represents particular truths, but also becomes a voice that translates current social issues to those who may never have felt marginalized. Through music, they may come to better understand important social issues, such as those pertaining to gender and race.

Before the advent of the audio recording, oral/aural musical traditions were commonly used to preserve cultures and stories. With advancements in technology, however, musicians now express and preserve their stories on their personal computers, and easily disseminate them via social media.

Among the richest social and historical artifacts over the past few decades is hip hop music. In the aforementioned documentary, Nas, a rap artist, told Miranda that he wanted to “represent from my neighborhood, to tell their story, to be their voice, in a way that nobody has done it . . . tell the real story,” and adds, “no one can tell you you’re wrong, because it’s your truth.” Music, therefore, helps to fill lacunae in the story.

The selection of contemporary music in the classroom, however, requires judgment and educational expertise. Teachers must research music that is not only school-appropriate, but also socially relevant. To avoid imparting disingenuous and historically irrelevant messages, the educator must evaluate and interpret what social lessons are being communicated by the music—both manifest and latent, positive and negative. In addition, the teacher must be cognizant of varying interpretations, and be prepared to discuss them tactfully (i.e., the contrasting perspectives of feminist scholars, hooks and Mock, on Beyoncé’s Lemonade). Music educators must also analyze how clearly these messages fit into the larger musical objective.

“Music educators can teach, inspire, and lead their students toward the vision of greater equity, diversity, and inclusion.”

Nevertheless, the benefits of a music education in which students will emerge more tolerant and understanding of differences far outweigh the cost of time and effort. With this purpose in mind, music educators can teach, inspire, and lead their students toward the vision of greater equity, diversity, and inclusion.

Gibson, C. (2016). “Beyoncé and ‘Lemonade’ Are Giving These Feminist Scholars So Much to Debate,” Washington Post. 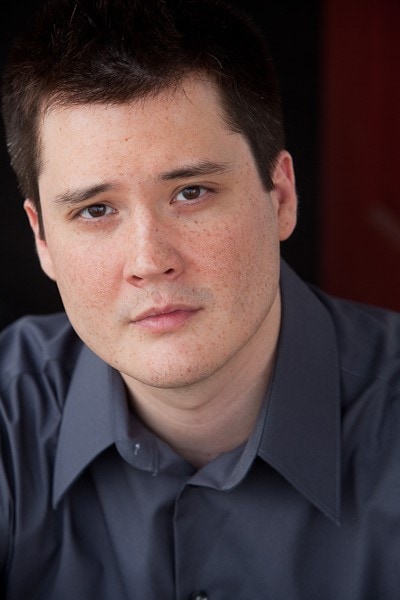 Dr. Raymond Uy was a GRAMMY Music Educator AwardTM quarterfinalist and a Hanover District Teacher of the Year. He has also been included in Who’s Who Among America’s Teachers for his work over the years as a public school music teacher and adjunct college instructor. He holds a Doctor of Musical Arts Degree from Boston University, a Master of Music degree from the Eastman School of Music, and a Bachelor of Music degree from Westminster Choir College. His publications include Heterophonic Vocal Music Training in the International Choral Bulletin, and Equity and Diversity in Music Education: Toward a Critical Trait Theory in TEMPO magazine.

An international vocalist, Uy has performed tenor roles with the New York Lyric Opera, Garden State Opera, Delaware Valley Opera, and the Lyric Opera of Los Angeles. Among his favorite places to perform as a soloist are Carnegie Hall, Lincoln Center, Symphony Space on Broadway/95th, and across Europe. Under his direction, Uy’s choirs have also performed in notable venues, such as Madison Square Garden and Radio City Music Hall.

He can be reached at raymonduy@gmail.com.