Prepare Your Students for Success

Testing. That word can strike fear into the hearts of students everywhere. But, it shouldn’t, and it doesn’t have to.

Think of testing as a theme and variations. There are the basic, required academic tests students take yearly to assess their overall educational prowess in core subjects. Unit tests, end of chapter tests, spelling tests, and other scholastically related assessments are administered with regularity by Language Arts, Math, Science, and Social Studies teachers. But (as Pink sang), What about US? 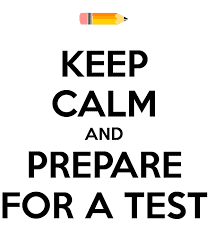 Music stretches into most, if not all, of these different realms of intellect, and yet some are loathe to “test.” In the next few paragraphs, I’ll give you some tips and advice on how to construct and mete out examinations that are meaningful and stand up to scrutiny.

To be fair, both you and your students need to prepare for a test. In my opinion, tests are not something that are just “sprung” on students or used as an instrument (pardon the pun) of punishment. Tests should serve as viable benchmarks in a student’s educational progress. While testing is not the end all and be all of a child’s grade—it shouldn’t be—testing situations will be present in their school lives from kindergarten through college and beyond. Many professional careers demand assessments at designated time intervals in order to keep their credentials valid. Testing should provide a snapshot into their development at that time.

In my elementary recorder classes, my tests are geared around playing. We use a method book and go through each page as a class. After we have successfully passed a piece and learned a new concept such as quarter rests, repeat signs, eighth notes, etc., I make sure to let the class know they will be tested on that piece well in advance, sometimes up to three weeks ahead of time.

I give opportunities for students to ask for study sheets to practice at home. Since there are 45-50 students in each class and only an hour per class, I do not have the time to test each individual student. I choose the line of music that encapsulates the concept, and I have 2-3 students play at the same time. I watch their fingers. If they’re not covering the correct holes, it doesn’t matter what they’re blowing. I also watch where their eyes are. If they have their eyes on their music, then at least I know they’re trying. If eyes are on the recorder next to them, it’s all downhill from there.

I print out my class roster. If the child earned an A, no comment is necessary. A B would get the comment: “a few wrong notes.” A C would get: “some wrong notes.” If the child earned a D, the comment would read: “many wrong notes,” and an F would say: “all wrong notes.” I am a stickler for the left hand being on top. Before we play our first note every day, I remind students to have their left hand on top. Before testing, they are warned that if they play with their right hand on top, it is an automatic F. That would be another comment. Not looking at the music would be another comment.

I make sure when I record the grades all of my comments have been notated. When parents email or call with questions, you want your answers ready. There is no way you can remember how your students did without noting comments. If the parent still questions or says the child was nervous, someone “messed them up,” or some other excuse, I invite them to come in and play the test again for me. Both the parent and the child. Then, I sit with the music and actually mark off each wrong note. When I show the parent the assessment, there has never been a question. Some argue that they are shy or nervous, and my counter to that is, “Well then, they should get a D or F on every one of their other tests in their regular class as well. A music test is no different. They did not play by themselves. I did not embarrass them in front of the class.” I list each and every opportunity I gave the child to succeed. I have never had to change a grade because a child came in and played perfectly in front of me and their parents. I have never had to change a grade after I told the parent all of the opportunities I gave the child to succeed.

Other Types of Tests and Accommodations

That’s just one type of test. There are written tests. Rhythmic tests. Aural tests. Other types of playing tests. Band and orchestra members regularly vie for first chair bragging rights. Remember: If you have students with special needs and their IEP specifically states they are allowed extra time, it must be given to them. Some could be on a modified curriculum, and their test won’t be the same as a fill in the blank. They might need a matching test. Those are accommodations you must abide by. What other adjustments/adaptations do you need to make in your test or testing environment in order to include rather than exclude your special needs students?

Your demeanor during testing reflects onto your students. If you are stressed and chaotic, your students will become frazzled as well. Today’s kids have an incredible amount of stress and anxiety in their little lives already. I see no need to add to it.

I create a positive atmosphere in my class, especially when we are testing. I let them know that as long as they try their very best, I am proud of them. We create an atmosphere of calm and respect while others are being tested. No one is talking or making any noise. Everyone is facing forward and waiting their turn. Even after they are tested, they know their grade can be forfeited if they don’t follow the classroom rules.

I NEVER tell students their grades out loud. It is unfair and against privacy disclosures. It is also no one else’s business to hear someone else’s grades. In my district, we have student and parent portals where they can go online to view their grades. Once I have uploaded the grades, they can see what they earned. I don’t even do the “just whisper it in my ear” thing. Believe me, they pretty much know what they earned. Students know if they did well or they didn’t.

I make sure to weigh my tests equal to one class period. The bulk of my students are elementary, and for my recorder assessments, that means one letter grade. I don’t believe in giving tests worth several grades. If a teacher puts that much emphasis on a single test, then what is the rest of their coursework worth? The most weight I have assigned for a playing test was two grades, and that was an end of the year test. It was the culminating test for an entire year’s worth of music education. What is the point of having the grade worth four, five, or six grades? I’ve seen it done and I’m not a fan. If the child needs those grades that desperately, find another way for the child to earn them.

“At the end of the day I like to prepare my students for success, not set them up for failure.”

At the end of the day I like to prepare my students for success, not set them up for failure. Testing should be a normal part of their musical journey—an experience from which everyone can learn. Audrey Carballo, a 37-year NAfME member, is in her 37th year as a music educator for the Miami-Dade County Public Schools system, the fourth largest school system in the country. Her teaching experiences include general music, exploratory music, and chorus to regular and exceptional students in elementary, middle school, high school, and exceptional student settings.