After a usual long summer recess, Congress came back in session on Tuesday, September 6. With the October 1st  fiscal deadline looming, where does Congress stand in the federal budget process for Fiscal Year 17 (FY17), and what does this mean for funding related to “Well-Rounded” programs within the Every Student Succeeds Act (ESSA)?

A Refresher – The Appropriations Process

As part of the federal budgetary process, Congress has the sole responsibility to create twelve appropriations bills each year.  These bills specify how much funding will go into each government agency and the specific programs each agency is authorized to facilitate. Examples of authorized programs include those created in ESSA, such as the Title IV-A Block Grant (Student Support and Academic Enrichment Grants) and the Title I Targeted Assistance Grants, all of which affects music education thanks to being a part of a “Well-Rounded Education.”

However, in recent history, we have not seen a typical budget process completed by Congress. In today’s Congressional environment of gridlock and disagreements, Congress often now relies on “omnibus bills,” which consolidates all 12 individual funding areas into a single funding bill.

If that the budget process is not completed by October 1, Congress may pass a continuing resolution (CR), which provides temporary funding for a determined duration until an appropriations process is completed. If a CR is not passed by October 1, a government shutdown occurs, as in 2013.

With less than a month remaining until the fiscal deadline, Congress will more than likely pass a CR to temporarily fund the government.

Below is a table comparing the differentiating FY17 funding levels for key music and arts education programs in the House and Senate’s Labor, Health and Human Services, and Education Appropriations bills:

**Unlike the Senate’s bill, the House bill does not restore year-long Pell for colleges and universities. Additionally, the bill would reduce discretionary spending on Pell by about $1.3 billion. The maximum grant level does rise to $5,935, however, it is through the use of mandatory spending. Congresswoman Roybal-Allard (D-CA-40) proposed an amendment at Subcommittee markup to restore year-long Pell, but was not agreed to via show of hands.

Although neither bill matches the authorized $1.65 billion level, the largest variance between the House and Senate bills is the $700 million difference range for Title IV, Part A, the Student Support and Academic Enrichment Grants (SSAEG). SSAEG was created and authorized in ESSA to provide supplemental funding to help states and school districts provide access to “Well-Rounded” education subjects, which now includes music and the arts.

We need YOU, our music advocates, to engage urge your member in Congress to support music education and allocate the full $1.65 billion funding for SSAEG in the Omnibus bill.

Head to NAfME’s Grassroots Action Center (bit.ly/NAfMEgrassroots) and use our advocacy tool to send a letter to your member in Congress, asking them to support music education and fully fund SSAEG.

During ESSA’s passage, we sent more than 14,000 letters to Congress, all because of your tireless support and dedication. Now let’s lead in the funding process, and ensure music education’s voice on the Hill is heard!

As always, NAfME’s Advocacy and Policy team will be monitoring Congress’ budgetary developments and will provide updates as we receive them. 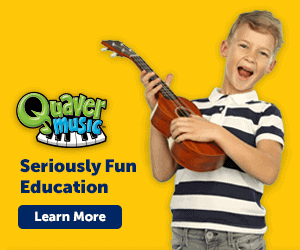