“In honor of President’s Day, if you think back to high-school U.S. History, you’ll remember that potential Commanders In Chief must be at least 35 years of age, natural-born American citizens and permanent residents in this country for at least 14 years.

“Musical talent is nowhere on that list, but that unfortunate fact hasn’t stopped several tunefully gifted men from taking up residence at 1600 Pennsylvania Avenue.” “The future of our nation depends on providing our children with a complete education that includes music.”

“The future belongs to young people with an education and the imagination to create.”

“The Arts and Sciences, essential to the prosperity of the State and to the ornament of human life, have a primary claim to the encouragement of every lover of his country and mankind.”

“I must study politics and war, that my sons may study mathematics and philosophy…in order to give their children the right to study painting, poetry, music and architecture.”

“Aeschylus and Plato are remembered today long after the triumphs of Imperial Athens are gone. Dante outlived the ambitions of thirteenth century Florence. Goethe stands serenely above the politics of Germany, and I am certain that after the dust of centuries has passed over cities, we too will be remembered not for victories or defeats in battle or in politics, but for our contribution to the human spirit.”

“Music education opens doors that help children pass from school into the world around them – a world of work, culture, intellectual activity, and human involvement. The future of our nation depends on providing our children with a complete education that includes music.”

“Music is about communication, creativity, and cooperation, and by studying music in schools, students have the opportunity to build on these skills, enrich their lives, and experience the world from a new perspective.”

“Education is not the means of showing people how to get what they want. Education is an exercise by means of which enough men, it is hoped, will learn to want what is worth having.”

Music “brings us together, helping us reﬂect upon who we are, where we have come from, and what lies ahead.” The Arts and Music transcend “languages, cultures, and borders.” … “exchange ideas and styles and share in the artistic vibrancy born from diverse experiences and traditions.

– President Obama in a 2010 message to the World Choir Games in Shaoxing, China

Millions of Americans earn a living in the arts and humanities, and the non-proﬁt and for-proﬁt arts industries are important parts of both our cultural heritage and our economy…. We must recognize the contributions of the arts and humanities not only by supporting the artists of today, but also by giving opportunities to the creative thinkers of tomorrow. Educators across our country are opening young -minds, fostering innovation, and developing imaginations through arts education.

“In a lot of the poorest countries we’re trying to help, the level of violence is a continuous undercurrent…There’s an enormous amount of evidence that giving people an opportunity for creative expression improves their ability to learn in school and increases their ability and desire to navigate life in a positive rather than a negative way.” Music “taught me discipline and teamwork on the one hand and the importance of creativity.”

The THEA Foundation in Arkansas has proved the merits of including art instruction in the schools.

“Every place they’ve done this program, you see a reduction in the dropout rate and an increase in the academic performance of the young people. Having strong arts instruction supports learning in a very substantial way.”

Which Presidents Played an Instrument? Thomas Jefferson (1743 – 1826) Third president of the United States, drafted the Declaration of Independence, and played the Violin & Cello.

John Quincy Adams (1767 – 1848) The sixth president of the United States formulated the Monroe Doctrine, and played the Flute.

John Tyler (1790-1862) The tenth president of the United States was the first Vice President to be elevated to the office of President by the death of his predecessor, played the violin.

Abraham Lincoln (1809-1865) The sixteenth president of the United States issued the Emancipation Proclamation and played the Violin.

Chester Alan Arthur (1829 – 1886) Became the 21st president of the United States following the assassination of President James A. Garfield. He played the Banjo.

Franklin Roosevelt (1882-1945) The 32nd President of the United States and the fifth cousin to President Theodore Roosevelt, played the piano and sang soprano in his school choir.

Woodrow Wilson (1856 – 1924) The 28th president of the United States and creator of the League of Nations, played the Violin and sang tenor in his college glee club.

Warren Harding (1865-1923) The 29th president of the United States organized the Citizen’s Cornet Band, available for both Republican and Democratic rallies. He once remarked that, “I played every instrument but the slide trombone and the E-flat cornet.”

Calvin Coolidge (1872-1933) The 30th president of the United States was determined to preserve old moral and economic precepts amid American prosperity. He played the harmonica.

Harry Truman (1884 – 1972) The 33rd president of the United States who served during the conclusion of World War II, played the Piano. Richard Nixon (1913 – 1994) The 37th president of the United States, who ended American fighting in Viet Nam and later resigned from office in the aftermath of the Watergate Scandal, was a classically-trained pianist and also played the accordion.

Ronald Reagan (1911-2004) The 40th president of the United States implemented the Reagan Revolution, which aimed to reinvigorate the American people and reduce their reliance upon Government. He played the harmonica.

Bill Clinton (born 1946) The 42nd president of the United States and the first Democratic president since Franklin D. Roosevelt to win a second term, plays the saxophone. 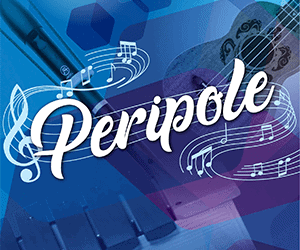