Schwab found many benefits for her students in making the comparison:

Teaching a diverse group of students, Schwab says, “Anytime a particular student’s anthem was sung, the smiles of recognition were so huge! It helped that many of them had just watched the Olympics and heard different national anthems as medals were won.”

She tailored lessons to fit each grade level. Now her whole school knows “The Star-Spangled Banner” and what it’s about. Everyone also has a deeper understanding of what a national anthem is.

Schwab’s school had a class sing of “The Star-Spangled Banner” during morning announcements—enthusiastically introduced by the assistant principal—on September 12th to commemorate National Anthem Day. 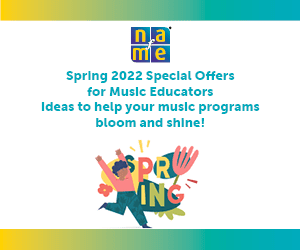