During the last quarter of a century, the Trans-Siberian Orchestra (TSO) has delighted audiences during the holiday season with a fusion of classical-esque meets heavy rock guitars with sometimes angelic and sometimes demonic voices. What started out as the brainchild project of composer/producer Paul O’Neil (1957-2017) and heavy metal vocalist Jon Oliva of Florida-based rockers Savatage as a “side project” has blossomed into a Hallmark Channel sponsored touring entity with the highest grossing ticket sales that rival the biggest musical acts in the industry. All of that aside, there are legions of fans who make the pilgrimage each year to witness the holiday spectacular in all its glory. 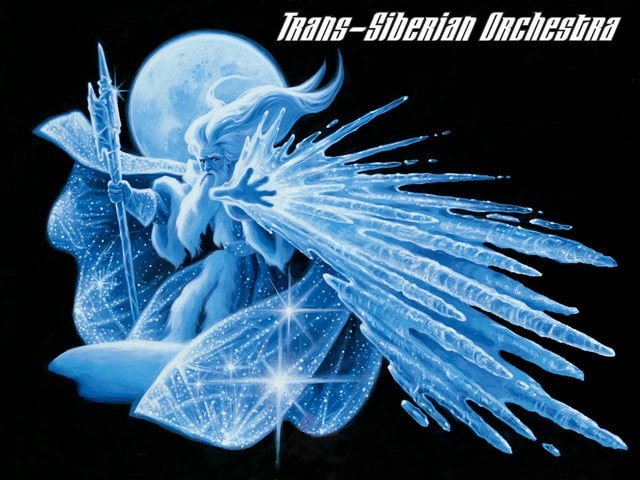 Though the average non-musician fan may not know the names of the individual members of the orchestra, which has had many members over the years, musicians and players of instruments know these players by name from their other previous projects. Former Alice Cooper and Megadeth guitarist Al Pitrelli has served as the musical director since 1995 and shares his story of what it is like to be a part of the “TSO” family. Thank you to Mr. Pitrelli for this exclusive interview—and sharing your insight in what it takes to be a part of one of the most successful musical groups of all time—with the NAfME membership.

You have been a member of the Trans-Siberian Orchestra for close to 25 years and serve as musical director. There have been various lineups throughout the group’s history, and you have witnessed many auditions. What factors do you feel really separate the musician who will probably get the “gig,” as opposed to someone who just wasn’t ready to be in TSO?

There is a phrase that I use a lot lately. It’s called “genre-specific performance and application.” There are a lot of great players on the planet, but very few understand this concept. TSO is comprised of many different styles of music and is executed authentically on record and live. Nothing makes my blood boil more than someone playing inappropriate parts. That is a level of musical maturity that is hard to find. Usually that comes with age and experience, but every so often I will find a young player who gets it. Those are the ones who get hired. I can also tell by the way someone walks in the room whether or not they will get the position, just by their body language. Manners, decorum, and etiquette are paramount to this organization and to the presentation of the show. 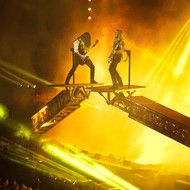 Having said that, you yourself have successfully auditioned and landed the gig for the likes of rock legends such as Alice Cooper, Megadeth, Asia, and more. What was your prep work like before you had to deliver the goods?

Aside from what we just spoke about, being over prepared is always a good idea. I try to learn as much of the material as possible before the audition. I’ve always found it extremely disrespectful when people come unprepared to the audition process. I’ve always defined luck as opportunity meets preparation. If you’re well prepared and the opportunity presents itself, mission accomplished! Also, never talk a lot at the audition. Let your craft speak for itself and everything else will come in time. 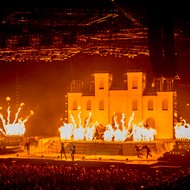 It always starts as a professional relationship, so act accordingly. When it becomes more personal, always remembers it’s always a professional one. Be well-versed enough on your instrument to be able to adapt, overcome, and improvise on the fly. Be able to speak the language fluently when necessary, and always say, YES! One really good idea is to never talk to the artist about money. If the first question out of your mouth is, “How much does this pay?” then you are there for the wrong reasons.

You have also been a part of the writing process with many of the artists and groups you were a part of, including TSO. Please talk about adaptability in these given settings and providing what is necessary as opposed to perhaps your own personal musical vision.

Writing in Trans-Siberian Orchestra was much easier than any other band I was in previously. Part of Paul’s genius was utilizing riffs, motifs, and progressions I never thought he would use; hence the musical diversity that is TSO. I remember sitting at the piano playing a Leon Russell-style piano riff that had nothing to do with what we were recording at the time, but Paul loved it. I would just noodle around on whatever instrument, and if it caught Paul’s attention, he would use it. Other bands—you have to write specifically for their style; not the case with Paul.

What is expected in the professionalism department for members of TSO during the rehearsal and touring season?

Professionalism musically is mandatory. Professionalism off stage, even more so. Millions of people have embraced us as part of their holiday tradition, and we always conduct ourselves with that in mind. TSO has influenced generations of children to pursue music and the arts. Families gather three and four generations deep to celebrate the holidays with us, and that is a responsibility that we take very seriously. Rehearsal is not a place to learn your parts. Rehearsal is for running the show twice a day, so opening night is the perfect first show. The personnel in this band know better than to show up unprepared; that is why they are so good.

The holiday music that you grew up with is a far cry from what TSO has presented musically during the last quarter of a century. How fulfilling it must be for you to provide the holiday soundtrack to the millions of spectators in the live and studio settings with this legendary group.

I never saw this one on the radar. Maybe Paul did; as a matter of fact, I’m sure Paul did! I was just proud to be part of something special. Paul always said, “Let’s just concentrate on making great art, and maybe everything else will just fall into place.” Boy, did it fall into place. I grew up watching “Charlie Brown’s Christmas” and the like, and to think that we have become part of that elite group is so much more than a dream come true. The entertainment spectacular aspect of being on stage with lights and pyro goes beyond just your musical ability. How much time, care, and preparation are involved in that department?

The O’Neill family and our department heads are putting pen to paper at least a year and a half before each tour to come up with designs. We have the greatest crew on God’s earth who love this as much as the people on stage do. You have to love something this much to be so good at it. We have rehearsed the show fifty or sixty times with full production before opening night to make sure it is always perfect. My only regret is that I will never be able to see the show live, but that’s a regret I can live with.

TSO 2019 Winter Tour: The All-New Christmas Eve and Other Stories

Any final thoughts to share about your involvement with TSO and the impact it has had on your life and career?

TSO has changed my life in every way imaginable. I am proud of it like I am proud of my children from infancy to adulthood—just like my children. It has surpassed my oldest dreams and expectations. I was there from the moment TSO opened its eyes twenty-five years ago and will love, protect, and watch it grow until the day I close my eyes for the last time. Just like my children! 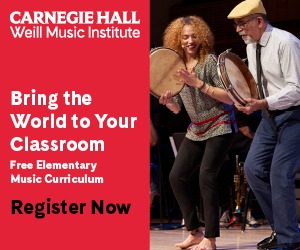