Of particular interest to music education advocates are funding increases in the well-rounded programs found in the Every Student Succeeds Act (ESSA):

The bill also provides $35 million for the competitive Arts in Education Grants, a $6 million bump up from last year.

In addition, the President’s budget called for eliminating Title II, Part A, the main funding source for professional development for educators and school leaders, and for eliminating Title IV, Part B, an important funding source for after-school programs. Finally, the President’s budget suggested that $50 million in Title I, Part A funds be used to support portability options – allowing funding to follow a child instead of supporting a Title I program. Portability, which the administration supports, removes funds from high-poverty schools where Title I funds typically provide needed supplemental programs for children, including arts integration and music programs. Congress has wisely rejected earlier attempts by the Trump administration to change how Title I funds support high-poverty school programs and has continued to fund Title II-A and Title IV-B, including the recommended raised levels coming out of the House’s Appropriations Committee.

Title II Call-to-Action on May 15!

While the large increase in Title II, Part A funding in the House Appropriations bill is a great step, advocacy is crucial to ensuring any funding increase comes to fruition. After all, we are only two months removed from the President requesting the elimination of Title II, Part A, in his budget. Eliminating Title II, Part A funding would remove an important resource used by school districts to provide and support high-quality professional development for all teachers, including music educators. 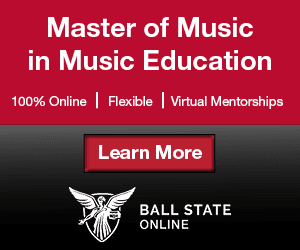