Touchdown for Classical Music and Football

This article originally appeared in the October 2016 Teaching Music.

NAfME member Susan Spafford earned performance and education degrees, auditioned for orchestras, and taught privately and in schools. “But then,” she says, “I started adding other jobs because I wanted to explore the music world from different perspectives and I really enjoy new challenges.” She became a personnel manager, helped run a large youth orchestra and other educational programs for an orchestra, and took a job with the Music Paradigm, which she called “one of the most innovative endeavors I’ve ever encountered.” The group works around the world to bring live orchestral performances to varied audiences. Spafford states, “I count myself extremely fortunate that I’ve been able to do all these things while continuing to actively teach and perform.”

Through the Music Paradigm, Spafford has worked with conductor Roger Nierenberg, who has “found a way to bring classical music to audiences who might never set foot in a concert hall. [He] does it in such a way that the audiences connect to the professional orchestral musicians who are performing for them in a very meaningful, personal way. They gain an understanding for how an orchestra works, and they appreciate that what they’re hearing is the result of years and years of hard work and acquired special skills, not just some sort of unexplainable magic. For some people, it’s their very first experience with classical music and now they want to rush out and buy CDs so they can hear the music again. I’ve seen people moved to tears by what Roger and the musicians share.”

In July, there was an annual meeting of 250 collegiate football officials from three conferences: the Big Ten, Mid-American, and the Missouri Valley Football Conferences. Spafford says, “Each summer, a few hundred people gather to review the rulebook, discuss/learn about any rule or policy changes regarding how games will be run, and get new tools and training to help them do their jobs better. Normally, their presenters are strictly sports-related, but the official in charge of the clinic had experienced a Music Paradigm program and was impressed enough to take a chance,” she says.

Spafford also says that there were a few NFL officials in audience as well as and some staffers from the administrative offices of the collegiate conferences, as well as related areas including sports medicine, physical training, and tech support. In the Music Paradigm sessions, the audience is scattered throughout the orchestra so there’s no separation between performers and audience as in a traditional concert. But it’s not just the proximity to a musician that makes this such a unique experience. Nierenberg engages the audience as active participants by creating opportunities for them to join him on the podium, or by taking a microphone into the audience.

After the July 2016 performance, the 250 football officials erupted into applause and gave an immediate double standing ovation—one for the orchestra, and one for the conductor.

Of the Music Paradigm program, Spafford says, “What I personally loved about this collaboration is that we so often hear about sports and music being at odds with each other, as if the two can’t be in the same room together. And people in many fields often refer to sports analogies when making a point about teamwork. At a very young age, a lot of kids start to absorb the idea that they can’t pursue sports and music at the same time or in equal measure. The overwhelmingly enthusiastic and passionate response from this group of diverse, highly-driven sports professionals makes it clear that way of ‘either/or’ thinking should be in the past.”

Big Ten football official Edward Feaster agreed, telling Spafford, “This concert/presentation was one of the best illustrations of effective leadership communication I’ve ever experienced! I was fascinated by how simply the dynamics of communication were taught to our group through music. We will be able to apply the communication and leadership lessons within our organization, within our crew, during game days, and to life in general.”

Spafford has taught privately, and on the elementary and secondary levels. She currently teaches at the Ridgewood Conservatory in New Jersey, and serves as a NYSSMA festival adjudicator. As a music educator, she says her priority is “simply having every student receive music education as part of their overall education. Whether it’s orchestra, band, or chorus, there’s a kind of creativity that gets tapped into and an opportunity to develop your mind and your personality in a way that is wholly unique to music.”

She adds, “For me, education is all about opportunity. As educators, we need to give children the opportunity to experience and connect to music in a meaningful way. Every child deserves a complete education, and none of us know exactly what will unlock each student’s full potential.”

Spafford plays with groups including the Richmond Symphony in Virginia, the Cayuga Chamber Orchestra in Ithaca, New York, and the Allentown (Pennsylvania) Symphony. 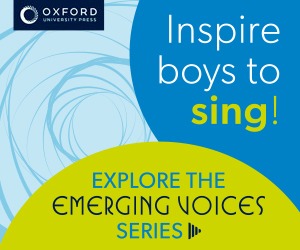