Lowell Mason was born on January 8, 1792 in Medfield, Massachusetts.  At an early age, he showed an intense interest in music, and began to compose when he was very young.  Mason served as director of music at the Hanover, Green and Park Street churches, and as president of the Handel and Haydn Society in 1827.  In 1833, he co-founded the Boston Academy of Music, and in 1837 he taught music on a volunteer basis.  This eventually led to the inclusion of music as part of the regular curriculum of the Boston public schools in 1838.  Mason died on August 11, 1872 in Orange, New Jersey.

Designating an individual as a Lowell Mason Fellow is an ideal way to recognize them for their contributions to the field of music education. This distinction is considered by NAfME to be an important honor, designed for music educators, music education advocates, political leaders, industry professionals, and others who have contributed to music education in their unique way. Individuals may be named by anyone who feels they deserve this important recognition, but they may not submit a designation on their own behalf. Recipients will be honored by posting their photo and achievements on our website — a reminder for all of the Fellows’ dedication. Lowell Mason Fellow designations also provide an opportunity to support the efforts of the National Association for Music Education by a donation in the Fellow’s name. The $1,000 contribution that accompanies each designation goes to support future generations of music educators through the organization’s programs and resources. The donation serves as a direct reflection of the importance of the candidate’s contributions to music education, but does not guarantee their selection as a Fellow. Individuals or groups may fund Fellow designations. Click here for Application form.

Please submit designations with documentation and contributions to NAfME by May 1. For more information about designating a prospective Lowell Mason Fellow, please contact Kim Henry via e-mail, kimh@nafme.org or phone at 571-323-5893. 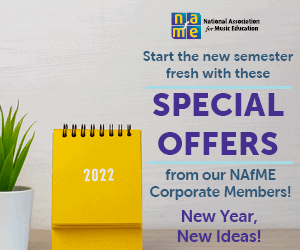