Mike is the senior member of the Institutional Solutions Group in the Keyboard Division of Yamaha. Over the last 28 years with the company, Mike’s career has included nine years as the general manager of the Music Education Division. In his current capacity, he has been responsible for numerous special projects on behalf of both Yamaha and the music industry, including working on the team that developed the music and arts advocacy materials created by NAMM/MENC in the early 1990’s. Mike was also on the team that developed the initial Technology Guidelines for Music Educators, published by MENC.

A former public school music educator in the Northwest, Mike was the recipient of the inaugural Lifetime Achievement Award for Music Education from Berklee College of Music in 1998 and similar awards from state and national music education organizations. He has also served as a board member or consultant, with a focus on practical music education concepts and teacher training. He has served as a board member with The Pacific Symphony Orchestra, Arts Orange County, LA County Head Start, and as a trainer and consultant to the United States Marine Corps. Recruiting Command, MTNA, and colleges and universities nationwide.

“Outstanding educator, practicing musician, conductor, and friend” are words used to describe Jere Fridy and his contributions to music education. From his days as cornetist and president of the famed Penn State Blue Band to his active “retirement” as assistant conductor of the Virginia Grand Military Band and director of the Band Camp for adult learners at Allegheny College, Jere has spent a lifetime nurturing bands.

For 35 years, from 1962 to 1997, Mr. Fridy was Director of Bands for the Octorara Area Schools in Chester County, PA, taking his bands to unprecedented heights in performance. As State Chairman for High School Bands of Pennsylvania, he formed the first All-State Band for the Pennsylvania Music Educators Conference and served as Chairman of the All Eastern Band of the Eastern Division of the Music Educators National Association in 1973.

From 1960 to 1976, Jere served as solo cornetist with the 553rd Air Force Band of the Pennsylvania Air National Guard, ultimately becoming its commander and conductor. From 1976 to 1988, the band toured extensively, receiving the Air Force Meritorious Service Award. During this period, Jere Fridy also found the time to serve as Assistant Music Director of the New Holland Band, and was a frequent guest conductor with municipal bands in the tri-state area.

In 1986, Jere received the “Outstanding Bandmaster Award” from Phi Beta Mu, International Bandmaster’s Fraternity. He was the first military bandmaster to receive this honor in Pennsylvania. Jere Fridy is a 48 year member of MENC.

Doug Herbert is a special assistant to the Assistant Deputy Secretary for Innovation and Improvement (OII) at the U.S. Department of Education, where he is responsible for several national-level grants and departmental initiatives in arts education, as well as communications and outreach more generally for OII. In addition, Mr. Herbert is the co-founder of the Department’s Student Art Exhibit Program, which showcases both the visual and performing arts at the headquarters of the Department on a year-round basis.

From 1992 to 2004, he was director of arts education at the National Endowment for the Arts (NEA). Under his leadership, the Endowment partnered with the U.S. Department of Education to support the development of national voluntary standards in arts education; to establish a framework and testing specifications for inclusion of the arts in the National Assessment of Educational Progress, better known as The Nation’s Report Card; to evaluate the conditions of arts education in elementary and secondary schools nationwide using the Department of Education’s Fast Response Survey System; and to create the Arts Education Partnership. He received three Distinguished Service Awards during his years at the NEA.

Mr. Herbert also served as assistant director of arts education at the NEA, and he was a national program director for the National Committee Arts with the Handicapped, now VSA arts, an educational affiliate of the John F. Kennedy Center for the Performing Arts. Mr. Herbert was a 2005 recipient of the Arts in Education Service Award presented by the National Arts & Learning Collaborative.

Professor of Music at Howard University in Washington D.C. since 1974, Fred Irby III is the Coordinator of Instrumental music, trumpet instructor, and director of the internationally acclaimed Howard University Jazz Ensemble (HUJE).

Recipient of Downbeat magazine’s Achievement Award in Jazz Education, and MENC’s Disney Performing Arts Award for Excellence in Teaching Jazz, Professor Irby was inducted into the Grambling University Alumni Hall of Fame in 2008.

Mr. Irby is also Principal Trumpet of the Kennedy Center Opera House Musical Theater Orchestra and has recorded several films for the History Channel. He can be heard playing principal trumpet on the cast recording of Stephen Sondheim’s latest musical BOUNCE. Mr. Irby traveled to Los Angeles, California recently to perform in the orchestras for the Twentieth Century Fox movie Alvin and the Chipmunks and the ABC-TV hit show Dancing with the Stars.

Randolph F. Kummer, recently retired after 15 years as Executive Director of the Illinois Music Educators Association, spent the first 30 years of his career as Director of Bands and Music Department Chair at Lincoln-Way Community High School in Illinois where he also taught chorus, class piano lab, and a composite music history/theory Advanced Placement course. Membership in the school bands more than tripled under his leadership, and their reputation for excellence led to their participation in such events as The Fiesta Bowl, The Pasadena Tournament of Roses, The Orange Bowl Parade and the ASBDA National Convention.

As a 40+ year member of MENC-IMEA, Randy has served as District I Band Chair, District I Band Division Representative, District I President and IMEA State President. He has supervised student teachers for Western Illinois University, and served on many North Central Association evaluation teams. As a constant voice for music and fine arts advocacy, Randy was influential in the establishment of the Illinois Coalition for Music Education and served as the IMEA representative on boards of the Illinois Alliance for Arts Education and Arts Alliance Illinois.

In recognition of his contributions to music education, Randy was named Chicagoland Outstanding Music Educator, Illinois Bandmaster of the Year in 1994, and was elected to the Illinois Bandmaster “Hall of Fame” in 1995. He was inducted into the Joliet/Will County “Hall of Pride” for his service to youth and the community and was presented with the John P. Paynter Lifetime Achievement Award in 1999. IMEA recognized his service and leadership with the 2003 Distinguished Service Award and the Association’s highest honor, the Presidential Award, in 2010.

Earning his Bachelor of Music Education from Northwestern University and Master of Music in theory and composition from the University of Wisconsin-Madison, Randy is himself a versatile musician, performing on oboe, piano, and as a singer. 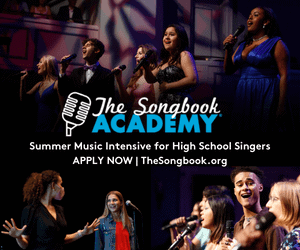