RESTON, VA (April 9, 2007) — MENC: The National Association for Music Education announced the individuals designated Lowell Mason Fellows for 2006. This honor, named after Lowell Mason (1792-1872), who is credited with introducing music instruction to American public schools and establishing teacher training in music education, is bestowed upon outstanding music educators or advocates. The 2006 Fellows will be formally recognized in a ceremony at MENC’s Centennial Congress and Celebration, June 25 in Orlando, FL. They are:

Lowell Mason Fellows are individuals who have furthered MENC: The National Association for Music Education’s mission of ensuring accessibility to music education for all. Music educators, music education advocates, political leaders, and key decision makers are eligible for designation. The names of the Fellows are permanently displayed at MENC headquarters in Reston, VA.

“This honor and recognition is one of the highest awards MENC can bestow on individuals who have made significant contributions to music education in our nation,” said Lynn Brinckmeyer, president of MENC. “Their names may not be well known outside the world of music education but their dedication to and accomplishments in music have benefited thousands of students.”

MENC: The National Association for Music Education, the world’s largest arts education organization, is the only association that addresses all aspects of music education. More than 130,000 members represent all levels of teaching from preschool to graduate school. Since 1907, MENC has worked to ensure that every student has access to a well-balanced, comprehensive, and high-quality program of music instruction taught by qualified teachers. MENC’s activities and resources have been largely responsible for the establishment of music education as a profession, for the promotion and guidance of music study as an integral part of the school curriculum, and for the development of the National Standards for Arts Education. 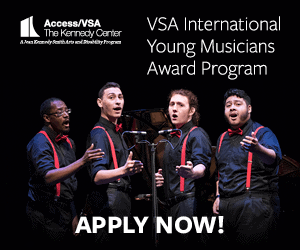