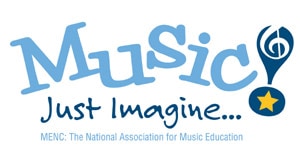 “The Star-Spangled Banner” (P) 2005 by Macmillan/McGraw-Hill, of McGraw-Hill Education, a division of The McGraw-Hill Companies. This recording from Spotlight on Music is used by permission exclusively for MENC’s 2010 World’s Largest Concert. All rights reserved. Macmillan/McGraw-Hill is a trusted name in music education, and the publisher of the innovative general music textbook program that fully meets MENC’s National Standards for Music Education, Spotlight on Music © 2008 for Grades PreK-8.