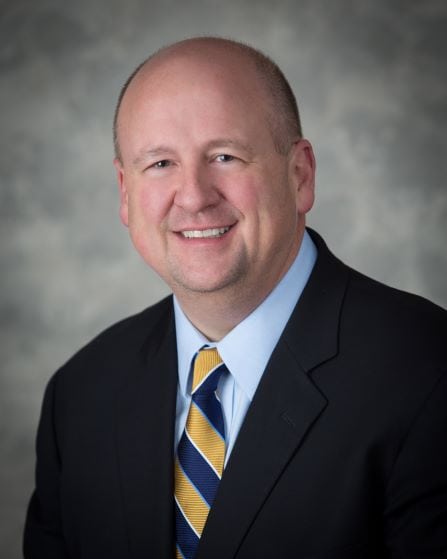 Michael D. Stone earned the B.A. in Music Education/Performance and the M. Ed. from University of California, Los Angeles. Mr. Stone serves as the Visual and Performing Arts Coordinator for the Bakersfield City School District. As the arts administrator for the district, he oversees arts programs at 31 elementary schools, 6 middle schools, and 2 junior high schools. Prior to assuming this position, Mr. Stone served for over 14 years as instrumental music teacher at Chipman Junior High School, also in the Bakersfield City School District.

Chipman bands and orchestras consistently earned Unanimous Superior Ratings at California Music Educators Association (CMEA) ratings festivals during his tenure. Chipman ensembles performed at the state conferences of CMEA and California Band Directors Association. Mr. Stone was featured in the January 1999 issue of The Instrumentalist Magazine, and has written several articles for the magazine since that time.  During the summer of 1998, he was awarded the prestigious “Fellowship in Music Education” at Northwestern University. In March of 2009, Mr. Stone served as an Online Mentor for the Music Educators National Conference National Council of Supervisors of Music Education.

In 2016, Mr. Stone authored a blog post entitled “Mentoring New Music Educators for Lifelong Success in the Profession” for the National Association for Music Education, or NAfME.

Under his leadership, Bakersfield City School District was named a 2013, 2014, 2015, 2016, 2017, 2018, and 2019 Best Community for Music Education by the National Association of Music Merchants. The District’s Music In Our Schools Week instrumental music recruitment program received a 2014 Golden Bell Award of the California School Boards Association, as did the District’s Choir Standards Festival in 2019. In October of 2015, Mr. Stone was recognized by the Arts Council of Kern as its Outstanding Arts Educator at its Accomplishments Awards Gala.

Mr. Stone is a Past President of CMEA, CBDA, CMEA Central Section, Kern County Music Educators Association, and begins work as the Chair of the National Association for Music Education (NAfME) Council of Music Program Leaders beginning on July 1, 2020, appointed by NAfME President Mackie Spradley. He has also recently served as the Music Supervisors Representative on the CMEA State Council from 2018-2020, and was Western Division Representative on the NAfME Council of Music Program leaders from 2016-2019. Mr. Stone has also served in an adjunct capacity at California State University, Bakersfield, teaching instrumental music methods to undergraduates. He holds active memberships in many professional organizations, including NAfME, CBDA, CMEA, KCMEA, and Southern California School Band and Orchestra Association.  He was inducted into the American School Band Directors Association in 2001. Mr. Stone is a euphoniumist and trombonist, and is a founding member of the Bakersfield Winds, a symphonic wind ensemble.

Active as an adjudicator and guest conductor, Mr. Stone has conducted honor bands and orchestras throughout California, as well as in Arkansas, Colorado, Nevada, Oregon, and Utah. Recent guest conducting engagements include the 2019 Hart School District Junior High School Honor Band and the 2019 San Luis Obispo County Middle School Honor Band. This past June, he served as guest conductor with the United States Air Force Band of the Golden West. Mr. Stone has served for many years as a guest conductor at the Cazadero Performing Arts Camp in California’s Sonoma County, and will return in June of 2020.

Terms begin on July 1 and end on June 30 of the years listed above.